The zones were nominated by each governor in the spring of 2018 and are comprised of low-income census tracts. Zones were eligible for nomination based on 2015 and 2016 American Community Survey data. Virginia had 901 eligible census tracts, and per the Tax and Jobs Act, each state was only able to nominate 25 percent or 212 tracts, and could have up to 5 percent or 11 as contiguous tracts. Virginia nominated the maximum number of census tracts allotted. The designations are permanent until Dec. 31, 2028. 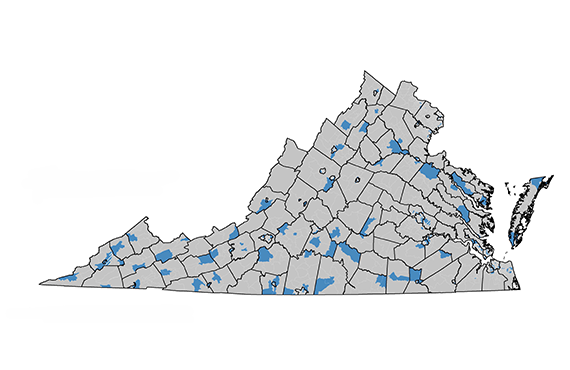 How do Opportunity Zones Work

Taxpayers can get capital gains tax deferral for making timely equity investments in Opportunity funds that then deploy capital into Opportunity Zone business and real estate ventures. This is an economic and community development tax incentive that provides an avenue for investors to support distressed communities to address areas of the Commonwealth that have experienced uneven economic growth and recovery. The tax incentive offers three benefits; tax deferral, tax reduction through long-term investment, and exclusion of certain capital gains tax.

Want to learn more about gaining access to Opportunity Zone capital? Have a project in an Opportunity zone ready for investment? Please visit Opportunity Virginia for more information.

There are grants available through the Department of Housing and Community Development (DHCD) Community Development Block Grant (CDBG) Program. Localities that wish to build marketing prospectuses and develop a pipeline of projects can apply for CDBG planning grants to assist in these endeavors.